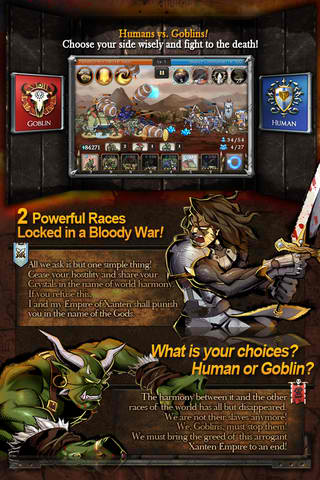 As in Crystal War, players will find themselves leading a human or goblin army into the heat of battle, racing the clock, testing their wits against the opposing army, and scrambling to mine the crystal wealth necessary to maintain the offensive and defensive elements of their fighting forces. An incredible variety of units are available, and each has its own set of abilities, strengths, and weaknesses. This, combined with the player’s ability to improve their character using the RPG inspired skill features, makes Crystal War: Blood Field a unique experience.