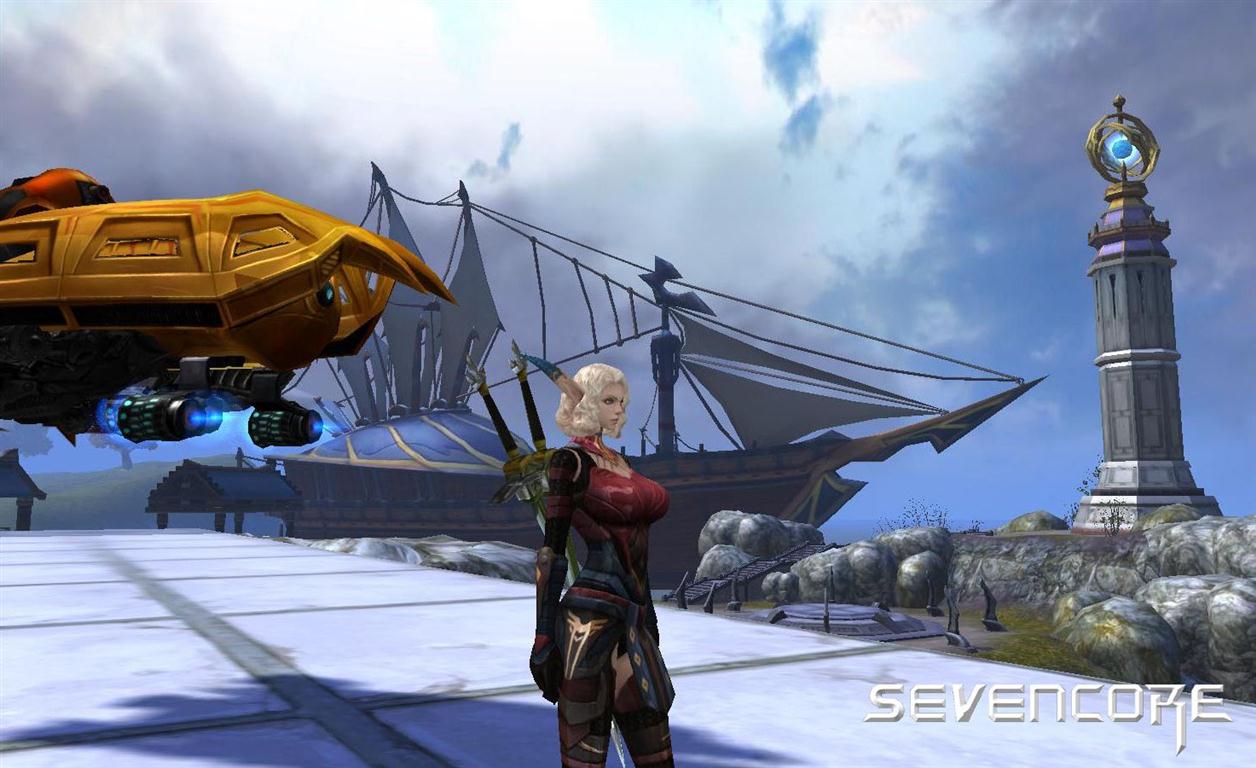 Sevencore is set in a a unique sci-fantasy setting where motorbikes and dragons ride through a lush, magical world etched with high-tech components. Sevencore will feature in-depth customization of characters and a unique emphasis on mounts. Ride every variety of vehicles or animals into battle on land, sea, or sky, and harness a range of special abilities tailored to the player’s personal style. Characters bring their own diversity into the mix with spells, armor, and weapons unique to each culture and class.

Sevencore is scheduled to be released in Nort America in 2012. Visit the SevenCore Website at: http://sevencore.gpotato.com