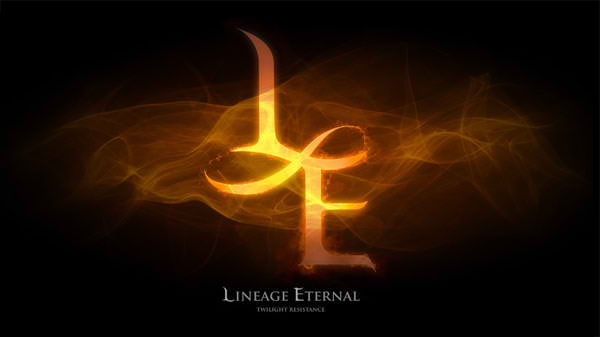 Like the other two Lineage installments, Lineage Eternal is also set in in the continent of Aden 200 years. The game was announced in November 8, 2011 and presented in G-Star 2011 in November 10, 2011.Some media in South Korea assume that Lineage Eternal will be released in 2014.

Drag & Hold Control System
The Drag & Hold control system is NCsoft’s exclusive next-gen control technology, skipping the way of single-click and continuously hitting keyboard. It allows players to launch attacks within the area their mouse draws while in the face of multiple enemies. For instance, players can cast flame to deal continuous damage following a designated route. Moreover, they can also adjust their positions and draw a circle to surround their enemies. It is like the gameplay shown on consoles. Actually, through this system, players can deeply feel that they are fighting in the game rather than their characters.

Bring Cinematic Overwhelming Large-scale Warfare
The greatest advantage of Lineage Eternal lies in its realization of massive warfare and a thrill of sweeping swarms of enemies. In the meantime, players can enjoy stirring wars and control combat rhythm as well as solve puzzles to remove threats by making use of surroundings.

Liven up the Whole Situation in Great Chaos
What Lineage Eternal pursues is a heroic experience in which players hurl themselves into resisting hundreds or thousands of enemies and leading companions into victory. When myriads of enemies are rushing forward, heroes can hold the situation with powerful skills. Even though heroes run into danger for the moment, their companions can overcome difficulties with firm front line.

Interactive Objects
In the game, Interactive Objects offer refreshing and interesting battle experiences. For example, when players stand on a broken bridge, they can throw a hook to the other side to cross over slowly. They can even climb up to the city walls by grasping companions’ feet. All of such designs make the game more complicated and entertaining.

Creative and Resourceful Usage of Items
Of all setups, the striking one is the creative and resourceful usage of items such as using ropes to pull teammates up a wall. And the most common object, say a hook, can serve as another ready example. In the game, when baffled by a broken bridge or a high wall that must be crossed, players can fling the hook to the other side and crawl over or climb high via it. And it’s even possible to overcome some barriers by setting up human-ladder to help allies to pass.