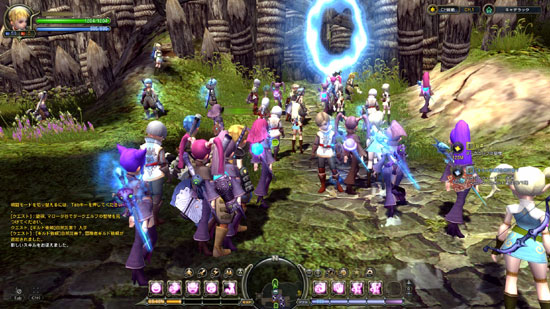 “We’re going to have a dedicated server for ‘Dragon Nest SEA’ in the Philippines, and hopefully, this can be achieved by December this year.”

And with those words by vice-president and producer Addison Kang of Shanda Games, it looks like the Pinoy gamer’s fascination with South East Asia region published MMORPG Dragon Nest will finally be rewarded.

“One strong point of the game is that it has high-end graphics but it can run on low-end PCs and on low bandwidth as well,” adds Addison. “That’s rare. This is one reason that ‘Dragon Nest SEA’ is popular in the Philippines.”

Also based on the original article Shanda is looking at local Pinoy pro gaming team Mineski to partner with. What about Level Up!? or even (gasp) E-Games?! Either one should be jumping at the chance to host Dragon Nest’s local servers with how the game is currently doing with local fans. Maybe it is the cost?

We’ll see how Dragon Nest fares with a Philippines based server as Shanda Games has probably seen promising revenues coming out of Pinoy players playing on DN SEA servers.