Blizzard has given its firmest indication to date that Diablo 3 is coming to consoles and, finally, Blizzard has gone on record to say that the Diablo 3 Beta will be this September 2011. Are you ready for Diablo III?

UPDATE: Blizzard has posted a clarification on Battle.net.
“As some of you may have seen over on the Diablo III home page, we’re currently exploring a Diablo-related concept for consoles. As we’ve said in the past, with proper care the gameplay could suit the console platform, and we’re interested in seeing what talent out there might be interested in contributing to such a project.

“To further reiterate what’s posted on the home page: this is not an announcement of a console title. We are first and foremost developing Diablo III for Windows and Mac PCs, and we have no intention of allowing a console interpretation to delay or otherwise affect the release of the game.

“As always feel free to discuss this topic here, but please note that we don’t have any further details to share at this time.”

Original Story
While lead designer Josh Mosqueira stopped short of confirming the port out right during a Gamescom press conference today, he stated that the developer “is very, very serious about bringing the Diablo 3 experience to the console.” 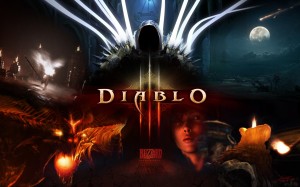 He added that, as reported earlier this year, Blizzard is currently in the process of recruiting a team to handle a potential console version of the action RPG sequel.

“Today, we’re trying to build the best console team at Blizzard. We’re looking for programmers, designers, artists who think their dream job would be to bring Diablo to the console. Trust me, it is a dream job.

“All I can say is it’s going to be awesome. Stay tuned.”

The PC version of the game is still without a firm release date though an open beta is expected to go live before the end of September.