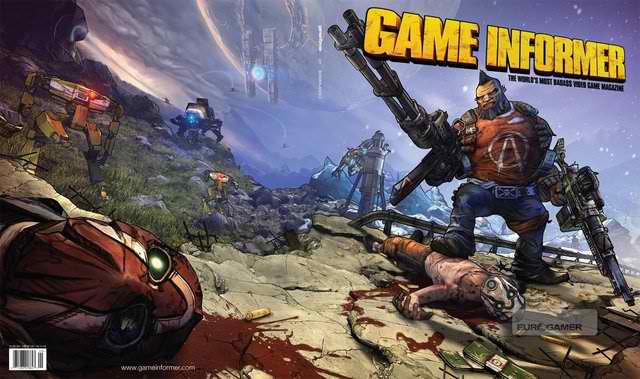 Just hours after we posted that Borderlands 2 is indeed in development, 2K Games has made it official today by announcing Borderlands 2!

Borderlands 2 will be released on PC, PlayStation 3 and Xbox 360 during the publisher’s next fiscal year, which begins on 1st April 2012. The sequel will feature new characters, skills, environments, enemies, weapons and equipment and new, unexplored areas of Pandora.

“Combining invention and evolution, Borderlands 2 features all new characters, skills, environments, enemies, weapons and equipment, which come together in an ambitiously crafted story,” reads the official blurb. “Players will reveal secrets, and escalate mysteries of the Borderlands universe as they adventure across the unexplored new areas of Pandora.”

US magazine Game Informer has gone live with a teaser for its next cover story. “Don’t expect just a couple bazillion more guns this time around,” it says on its website. “Gearbox is introducing new and more diverse environments, smarter and more powerful enemies, and an improved mission system capable of delivering a better story.”

Borderlands 2 will be unveiled at German show Gamescom this month. AWESOME!