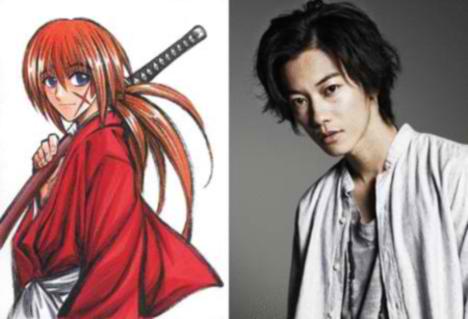 Anime series Rurouni Kenshin, also known as Samurai X locally here in the Philippines, is confirmed to be getting a live movie adaptation 12 years since it was last published in the pages of Japan’s Shonen Jump magazine. Japanese actor Takeru Sato is reportedly cast as ronin Himura Kenshin. Rurouni Kenshin originally ran in Weekly Shonen Jump magazine from 1994 until 1999, and proved to be a major hit with sales of 50 million over 28 volumes, soon being adapted into a long-running anime series. The franchise’s highpoint was doubtless the generally excellent series of animated movies this in turn spawned.

Rurouni Kenshin still ranks as one of my favorite anime series of all time. I fondly remember the first time Samurai X aired locally (was it channel 2?or channel 23?) and was immediately hooked after the awesome anime intro. The Samurai X/ RuRouni Kenshin live action movie, the first in the franchise, will be directed by Otomo Keishi and produced by Warner Brothers Japan.

“The decision to pick Takeru Sato for the lead role was lauded by the original mangaka Watsuki Nobuhiro (who reports that at the start of the project when he asked his wife who would be best for the role, the first name to pass her lips was that of Takeru Sato), hopefully suggesting the movie will meet a better fate than the majority of anime-to-live-action adaptations.”

Pinoy Samurai X fans must be patient, The Rurouni Kenshin live action movie is expected to be released in 2012.