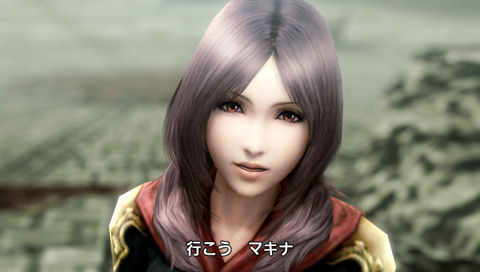 Two months ago Dengeki PlayStation magazine introduced us to three of the main characters of Final Fantasy Type-0: Ace, Nine and Queen. All three are members of the elite Class 0 of Suzaku Peristylium, a magic school in the nation of Rubrum, and are fighting to protect their country from the other three warring nations in the land of Orience.

This time Weekly Famitsu has added King, Sice and Eight to the Class 0 roster. King is a stoic man of few words, but has a kind heart underneath. He carries a pair of large caliber handguns which can do a lot of damage to enemies at close range. Sice is a brash, tomboyish girl who never hesitates to point out weakness in others. She carries a scythe, and among her abilities is a technique called Black Hole which sucks enemies in and restricts their movement. Eight is a young man with keen powers of observation and the ability to quickly grasp battle situations. Rather than carry a weapon that would kill his enemies, he is an expert at martial arts and prefers to fight with his feet and fists.