Pocket God was originally made for the Apple iPod Touch/iPhone, iPad, Android and other smartphones platforms by Bolt Creative. The story of Pocket God goes something like this: 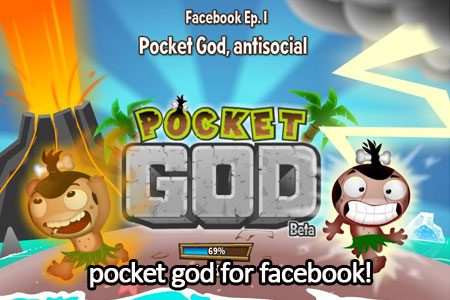