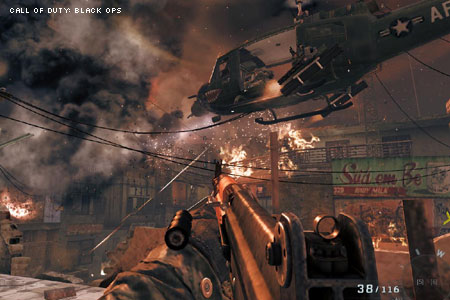 Activision CEO Bobby Kotick has likened Call of Duty as a social phenomenon and compares the first person shooter franchise favorably to Facebook and text messaging, in terms of cultural relevance.

“The audience of ‘Call of Duty’ is probably greater in terms of size than in any other interactive form of entertainment,” Kotick told CNN. “If you look at the 500 million people who are on Facebook and the way that people text each other and instant message and use video chat, there is now an evolution of media. Those are the characteristics and attributes that a generation and audiences feel are very important to their media and entertainment experiences.”

CNN said Kotick believes the Call of Duty franchise delivers on that trend through its online multiplayer, which currently drives a majority of the Xbox Live traffic.

“Multiplayer has been largely developed by Treyarch,” Kotick asserted. “I don’t think Treyarch got their due for how much they contributed in the production and polish to the multiplayer.”

While props must be given to the Treyarch team for the latest Call of Duty, one cant help but think of this as another salvo in the ongoing legal battle between Activision and the founders of Infinity Ward.