Just came back from a press event by Level Up!, IAH Games and Blizzard at the Museum Cafe at Greenbelt 4 where it was announced by IAHGames Subsidiary Monsoon Online, Southeast Asia distributor of Blizzard Entertainment’s critically acclaimed real-time strategy game StarCraft II: Wings of Liberty, names the leading Philippines online games publisher, Level Up! as their Philippines distribution partner. 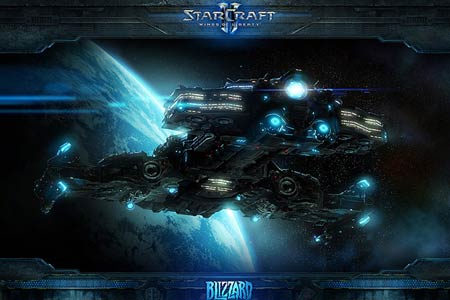 What this means is that you can now avail of SC2 Battle.net prepaid cards wherever Level Up! cards are being sold. This makes paying for the online service easier and more accessible for Pinoy Gamers who have been asking “Where to buy Starcraft 2 Battle.net Cards in the Philippines?”

THE PHILIPPINES, 6 November 2010 | Following the recent announcement of alternative pricing options for Blizzard Entertainment’s StarCraft® II: Wings of Liberty™ in Southeast Asia, Level Up!, Inc. – the Philippines’ first and leading online game publisher – is delighted to be appointed as one of the prepaid card distribution partners in the Philippines for IAHGames subsidiary Monsoon Online, the Southeast Asia distributor of StarCraft II: Wings of Liberty.

IAHGames CEO, Roland Ong stated, “Our partnership with Level Up! is an important one for us to fulfill our promise of bringing world class games to everyone in the Philippines and across Southeast Asia. We are confident that this partnership will allow every Pinoy gamer to have the opportunity to enjoy the game.”

“It is a great honor for us to be chosen as one of the local partners of Monsoon Online for the distribution of prepaid cards for Blizzard Entertainment’s StarCraft II in the Philippines,” added Jake San Diego, General Manager of Level Up! Inc. “With the introduction of prepaid cards as a means to purchase game time, StarCraft II has become even more accessible. With Pinoy gamers’ penchant for playing competitively, it won’t be a surprise to see local internet café gamers rise up the Southeast Asia Battle.net rankings soon.”

Along with the additional affordable and convenient payment options, StarCraft II gamers in the Philippines have more to look forward to, including the chance to compete against players throughout Southeast Asia in regional StarCraft II tournaments.

StarCraft II: Wings of Liberty is the critically acclaimed sequel to Blizzard Entertainment’s 1998 hit StarCraft, which has been regarded by gamers and critics worldwide as one of the best real-time strategy games of all time. Launched globally on July 27, StarCraft II achieved a remarkable day one sales milestone of more than 1 million copies sold worldwide, making it the bestselling PC game of 2010 within 24 hours of availability. With 1.5 million copies sold in its first 48 hours, StarCraft II became the fastest-selling strategy game of all time — an achievement that was further secured when the game went on to sell more than 3 million copies in its first month alone.

One of the first online games companies in the world to receive ISO 9001:2000 certification for “Distribution and Operation of Online Games”, IAHGames executes a unique “One Market, One Asia” strategy that offers developers and publishers a one-stop distribution service for multiple countries. For more information, please visit www.IAHGames.com.