Korean game developer Liveplex’s 3D action MMORPG Dragona is widely regarded as a visual copycat of NcSoft’s Aion. Dragona’s user interface, ingame graphics and even the dragon model designs in Dragona look similar to the designs in Aion. Liveplex says that Dragona is unique and provides proof by showcasing the transformation system, or the Dragon Possession System at G-Star 2010. By transforming into a dragon, you gain new power and abilities. In order to activate the transformation, you have to consume Core, which can be obtained by killing monsters. This reminds me of YNK Interactive’s Rohan Dekan race though. 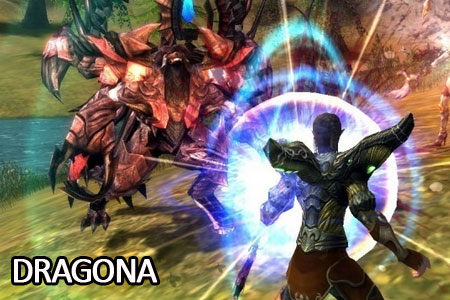 Dragona features 4 races and 8 classes, with gender restriction. The 4 races are Human, Kali, Eldin, and Catcha, each of which offers 2 classes, a male character and a female character.