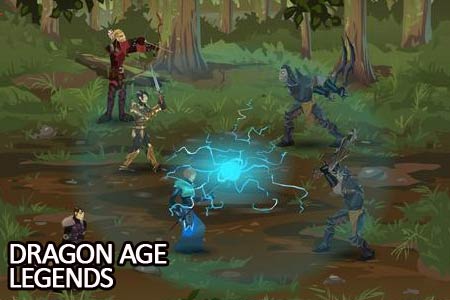 Presenting EA’s Facebook strategy role-playing game Dragon Age Legends, where you can unlock phat loot for the sequel to Bioware’s RPG masterpiece. Dragon Age Legends introduces players to the Free Marches, the primary setting for the console and PC sequel.

Players step into the role of one of the most trusted allies of Ravi, the Viscount of Kaiten. When mysterious happenings centered around his son Elton arise, you (and your Facebook friends) are the only one who can save him. You’ll go on quests, earn loot, share rewards, grow the kingdom, and hopefully unlock something nice for your Dragon Age II party.

“We are privileged to be working with BioWare to bring the Dragon Age universe to the hundreds of millions of gamers on Facebook,” said Mark Spenner, General Manager of EA 2D. “Our goal is to change the perception of social network games and attract new players to the Facebook platform by raising the quality bar. Dragon Age Legends will deliver a deep, sophisticated experience, and we will continue to delight gamers by adding new features and content far into the future.”

Sign up for the Dragon Age Legends beta here http://www.ea.com/dragon-age-legends