Blizzard has just announced at Blizzcon 2010 that the Demon Hunter will be the fifth and final playable class in Diablo 3. 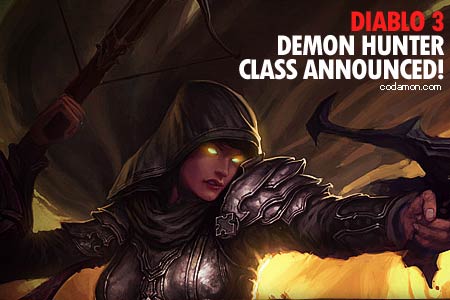 Chris Metzen, Vice President of Creative Development at Blizzard Entertainment, announced the inclusion of the Demon Hunter to a a packed hall of Blizzard fans that the fifth and final class for upcoming Diablo III will be a dual-crossbow wielding Demon Hunter. The Demon Hunter appears to be the Diablo III successor to the Rogue from the original Diablo and the Amazon from Diablo II. The Demon Hunter’s ranged arsenal features a major focus on projectiles, including throwing knives, grenades, bola, and bows, some of which can be combined with magic spells. Awesome!

Diablo 3’s other four classes are the Barbarian, the Witch Doctor, the Wizard, and the Monk.