Ravenwood Fair is a new casual social game on Facebook by John Romero and the guys at Slipgate Ironworks. Yes, JOHN ROMERO. He of Daikatana infamy and is the legendary co-founder of id Software, and co-creator of such games as Wolfenstein 3D, Doom and Quake. =)
“Clear the scary forest and build a fun fair!” is what Ravenwood Fair instructs players. 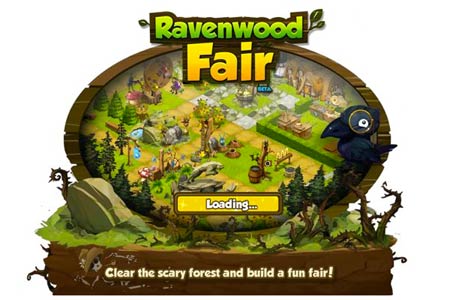 Does Ravenwood Fair remind you of other facebook games such as Frontierville? You’re not alone in that observation but i really liked the setting of Ravenwood Fair with the idea of a scary forest and all. Play Ravenwood Fair now!