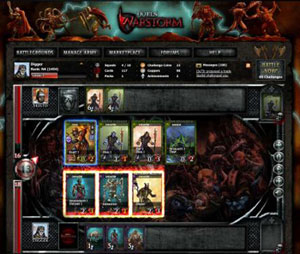 On Facebook, Challenge Games has turned Duels into an app, launched Warstorm, another card-themed fantasy game, dabbled in role-playing games with office satire Ponzi, Inc and experimented in a few other areas, like sports. Looking at the numbers, Challenge Games may not have the games with most users on Facebook but they do have high quality offerings and games with a rather high ARPU.

The company now has 560,000 monthly active users and 140,000 daily active users; like Zynga and most other developers, it has been seeing recent declines, albeit with stronger retention for DAUs.