Raymond Padilla at rpad.tv has managed to dig up interesting Nintendo DS2 information at Game Developers Conference 2010 by talking to some very drunk (i would assume they would be drunk to spill the beans on Nintys new system, if true). Yep, Nintendo’s best selling handheld just already might have a successor waiting in the wings. 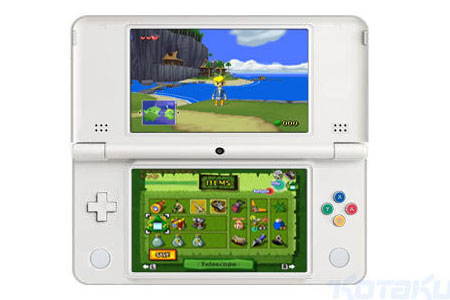 Padilla writes: “While nobody would tell me the name of the new handheld or the exact dimensions, I was able to extract some pretty cool tidbits on the Nintendo “DS2?:

That’s all I have for now. Remember, none of this information came from Nintendo. It came from developers that claim to be working on the new system. Some of them I’ve met before, while some were introduced to me by people that knew I was looking for DS2 details. Hopefully none of them were hammered and thinking, “Hey! Let’s mess with the guy trying to dig up Nintendo information.””- rpad.tv

RUMORS. These are unconfirmed RUMORS about Nintendo’s next handheld. God, i hope they’re true…especially the upgraded performance bit…