If you’ve played DICE’s other battlefield games, you will feel right at home with Battlefield: Bad Company 2. First off, i gotta give a standing ovation to DICE for the awesome graphics and the outstanding audio. From realistic machine gun fire to the ominous environmental sounds that are employed throughout the game, i don’t remember playing an FPS that kept me on my toes like that. I feel like I’m really on the battlefield with how DICE superbly mixed in all these fantastic sounds. Combined with the lush graphics and destructible set pieces and you got yourself a winner. Modern Warfare, you better watch your back…

This is also the first time i have been impressed with a single player campaign designed by DICE. Sure, they are masters of the multiplayer military FPS but they haven’t really quite managed a superb single player experience…until now. Coming off Modern Warfare 2 and Mass Effect 2, i didn’t think DICE would have enough to keep me occupied with Battlefield: Bad Company 2 but boy, am i pleasantly surprised.

Battlefield: Bad Company 2 is a fun game and it shows. You will hear witty remarks about the competition (gotta love the guns/rifles with heartbeat monitors bit) and manages to make things fun even while they are copied from other FPS games. It’s like DICE said “Lets take this scene from

The only thing missing from all of this is a replay feature, Halo 3 has it, Team Fortress has it. There are a lot of awesome scenes in Bad Company 2 that its sad that you need to resort to a third party program like fraps to capture stuff like bullets going through walls and scoring a hit, teammates covering behind a cement wall only to be blown to bits by artillery fire, huge set pieces crumbling down and awesome firefights.

Verdict: Battlefield: Bad Company 2 is a must buy for FPS fans or anyone who wants to play an excellent FPS game.

Enough of my rambling, check out some awesome Battlefield: Bad Company 2 screenshots: 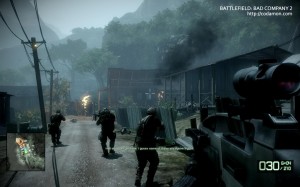 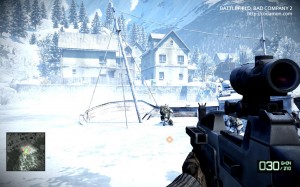 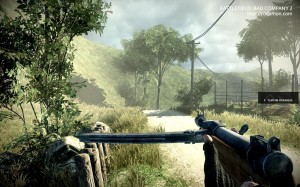 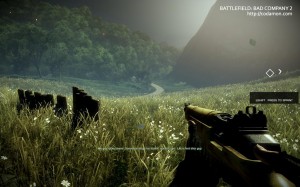