The Legend of Zelda: Spirit Tracks finds series hero Link on a daring new adventure. The game has a new story, a challenging difficulty, more puzzles and even a new mode of transportation. In this game, Link can travel by train which offers up new possibilities for problem-solving. If you’ve played The Legend of Zelda: Phantom Hourglass, the look and feel of Spirit Tracks will be familiar. 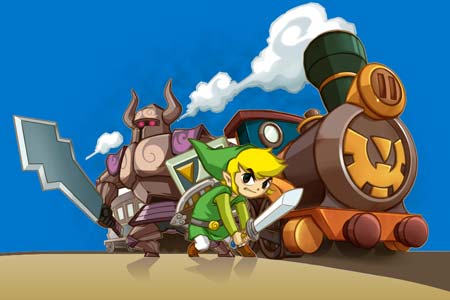 IGN says “While Spirit Tracks has some obvious deja vu elements and can drag on from time to time, Nintendo’s latest pocket Zelda trumps the first game hands-down, delivering amazing bosses once again, now complemented with impressive dungeons, a truly epic challenge in the Spirit Tower, and a substantially longer adventure overall.” 93/100

1UP says “Like New Super Mario Bros. Wii, it’s a direct follow-up to a recent release that exceeds its predecessor in every way. And while it may not hit the soaring heights of Mario’s latest, it’s a fine game in its own right.” 91/100

Eurogamer writes “Vintage Nintendo. Maybe a bit too vintage – Spirit Tracks is, like New Super Mario Bros. Wii, a straight rehash, a derivative sequel of the kind the company used not to make, and based on a decades-old template. You could easily mark it down for that. But that would belie the fact that it’s also a tighter and more rounded game, crafted with more care, than not just Phantom Hourglass but most modern games for grown-up consoles.” 90/100

GameTrailers writes: “Spirit Tracks addresses all of the shortcomings of Phantom Hourglass and delivers a brilliant experience. It hasn’t done much to change up the established formula, but it’s still a solid adventure that ranks as one of the better outings in the series.” 90/100