EA has decided to take on Activision, who has the leading FPS in the market today in the Call of Duty/Modern Warfare series, by retooling it’s Medal of Honor series. The all-new Medal Of Honor is currently in development at EA Los Angeles and DICE, creators of the game’s single-player and multiplayer components, respectively. Medal Of Honor will make its video debut at the Spike TV VGAs on December 12 and will be released for the the PlayStation 3, Xbox 360 and PC in 2010. 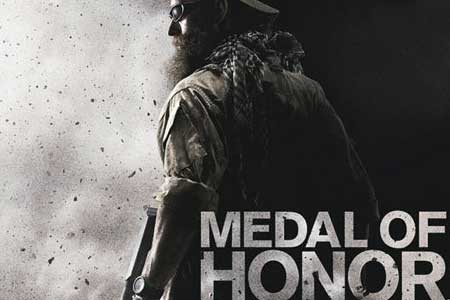 EA is marketing the new Medal of honor as “The Most Authentic Modern War Experience”, clearly a swipe at Modern Warfare which sold more than $300M in just 24 hours and is a money maker for Activision even months after release. Medal of Honor is set in the modern world Afghanistan and will let the player control special operatives called Tier 1 Operators. EA has a big task ahead of themselves if they think they can craft a better experience than the Call of Duty guys.

Operating directly under the National Command Authority, a relatively unknown entity of handpicked warriors are called on when the mission must not fail. They are the Tier 1 Operators.

Over 2 million Soldiers, Sailors, Airmen and Marines wear the uniform. Of those, approximately 50 thousand fall under the direct control of the Special Operations Command. The Tier 1 Operator functions on a plane of existence above and beyond even the most highly trained Special Operations Forces. Their exact numbers, while classified, hover in the low hundreds. They are living, breathing, precision instruments of war. They are experts in the application of violence. The new Medal of Honor is inspired by and has been developed with Tier 1 Operators from this elite community. Players will step into the boots of these warriors and apply their unique skill sets to a new enemy in the most unforgiving and hostile battlefield conditions of present day Afghanistan.