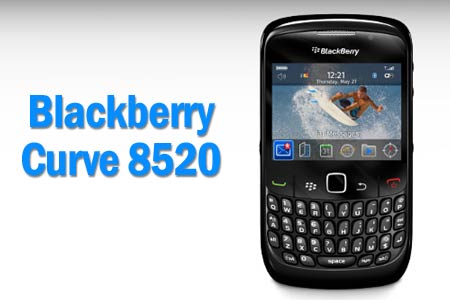 Thinking of getting a blackberry Curve 8520? Check out some reviews of this device:

Blackberry Curve 8520 reviews
Mobileburn says: “The BlackBerry Curve 8520, from Research In Motion, turns out to be both an excellent smartphone and a pretty darn good deal, as well. But with a price point only 13% below that of the Curve 8900, which features an autofocus camera and a high-resolution display, its hard to say if its as good of a deal as its older brother. Either way, this doesn’t diminish the fact that the RIM BlackBerry Curve 8520 does pretty much everything extremely well, with the exception of web browsing. That’s enough to earn it our top mark, a “Highly Recommended” rating.”

PhoneArena writes : “Callers were pleased with sound quality on the RIM BlackBerry Curve 8520, giving us an 8/10 rating. On our end they were noticeably worse; there was a ton of background static, they sounded very distant and hollow and in general we had a hard time understanding them. Battery life has not been rated yet, but given RIM’s history and especially from an EDGE device we’d expect a generous talk time.”

ITPro says: “If you are new to the BlackBerry family this might be a good way to enter as it’s available for free on both Vodafone and Orange on reasonably priced contracts of £25. At the price, it’s likely to attract Blackberry virgins, so it’s fortunate that one of the strengths of the phone is the simplicity of the interface with options clearly laid out, often just in black and white. This means less time getting to know your phone and more getting on with your daily tasks.”