I started playing Magic: The Gathering since the Revised Edition and continued for about half a decade or so. I since moved from the paper version to Magic Online a few years ago, and my last Tourney winning deck was a Wild Mongrel – Roar of the Wurm BG deck. Unfortunately, rising costs and WoW managed to drive me away from Magic Online.

Meanwhile, Wizards of the Coast has gone back to the drawing board and thought about retooling the core Magic set. Copying sports games, the new magic naming convention will be year based and new core sets will be released every year instead of bi-annually. Thus, Magic 2010 is born and will be hitting store shelves soon.

Check out some old favorites: 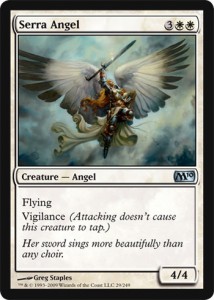 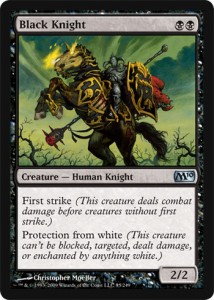