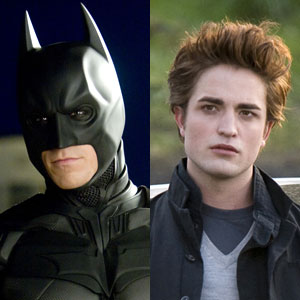 If only Wall Street had bet on Twilight. Or Hannah Montana. Or Kirk Cameron.

With a $167.3 million overall domestic take as Sunday, per Box Office Mojo, Twilight made more than four times its reported $37 million production budget—the best rate of return on any film in the 2008 Top 10, including The Dark Knight.

The Batman epic was a pretty good investment, too, very nearly tripling its gargantuan $185 million budget with a $530.8 million domestic take, Hollywood’s second-biggest ever.
Still, The Dark Knight was nothing compared to these off-the-charts performers: High School Musical 3: Senior Year ($89.7 million), which grossed about eight times its $11 million budget; the Hannah Montana concert movie, which made about nine times its $7 million budget; and, Cameron’s Fireproof, which cost $500,000 to produce, and made $33.1 million—or, more than 60 times its budget.