Square Enix, masters and proponents of the ticking countdown on their websites, has a new one up and it shows Bahamut looking all dragon-y. 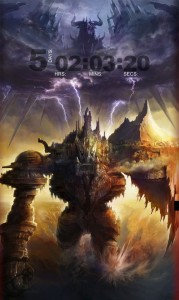 My Bahamut Lagoon fanboy guess is that Square Enix has finally decided to remake Bahamut Lagoon and release it officially in english. That or Square Enix decide to release Final Fantasy: Shadow of the Colossus to the unsuspecting masses.

Update: Looks like Square Enix will be calling this game Blood of Bahamut

The trademark; ‘Blood of Bahamut’ was registered just over 2 months ago with fans speculating it could potentially be one of three things. Either a Bahamut Lagoon remake, an additional package for Final Fantasy XI, or even a brand new RPG. [finalfantasyseries]

1 thought on “Bahamut Lagoon being remade by Square?”