Now that Ensemble Studios (Age of Empires) has been announced closed by Microsoft, Gamasutra has unearthed information about what Ensemble was working on before it was canceled: and yes, it was a Halo MMORPG. 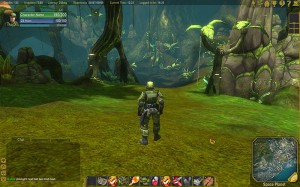 Notable, rumors reported in Game Informer magazine in early 2006 claimed that Bungie and Ensemble were teaming up to make a Halo-themed MMO. And, although it was not clear that it was Halo-specific, websites such as 1UP did point out that Ensemble was hiring for an MMO project as early as April 2006.

The title seems to have been in development in 2006 and some of 2007 — though it’s by no means clear that it was the only MMO-related title in development at the studio at that time.

What is clear, however, is that Ensemble’s Bruce Shelley mentioned in a June 2008 blog post that they “…set up three prototype teams out of the staff of a major project that we cancelled. After six months of very interesting work, we have now stopped two of those prototypes, with one getting more time to demonstrate the value of its concept.”

Thus, it appears that the Halo MMO project was likely internally cancelled some time in mid-late 2007, without any formal announcement from Microsoft that it was ever in development. The below UI mockup and concept/level screenshots also date from the 2006-2007 period.

Gamasutra had a chance to ask Massively.com lead blogger Michael Zenke about the MMO-related elements in the prototype UI screenshot (click through for a higher-res version):

1 thought on “Ensemble: Yep, we WERE making a Halo MMO”