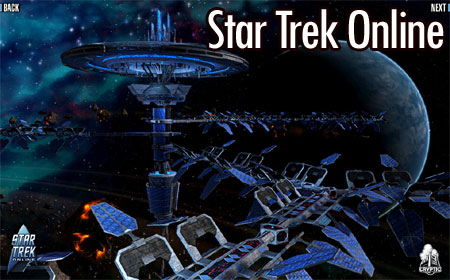 Star Trek Online MMO. Engage. Make it so. Start brushing up on your Klingon (or Romulan for that matter) as Cryptic Studios, maker of of anything superhero MMO related, has just announced that they have acquired the rights to Star Trek Online.

Cryptic will unveil the first Star Trek Online gameplay footage as well as details about this highly anticipated MMO at the annual Star Trek Convention in Las Vegas on Sunday, August 10, 2008. Trek fans from around the globe can also view the event live via webcast at http://www.startrekonline.com/.

Interested participants can register today for the Star Trek Online webcast and to sign up for the STO community by visiting http://www.startrekonline.com/.