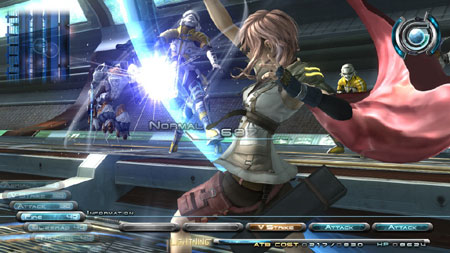 Looks like me getting a PS3 for FF13 wont be necessary after all as Square-Enix announced Final Fantasy XIII for Xbox 360 at Microsoft’s E3 2008 press conference.

The announcement debuted in the form of a new trailer which initially looked like a Panzer Dragoon game with dragons flying in a trench. A ship lands in the trailer and flying mechanical soldiers drop out. Included in the trailer were massive airships.

A hint of gameplay was shown and the graphics looked awesome.

Although no specific release date was confirmed, it was announced that the RPG will launch simultaneously on the Xbox 360 and PS3 in both the US and Europe.