I had a chance to play the MMORPG 4Story over the weekend and was able to get some images and screenshots as well as experience the game to give you a bit of a preview. 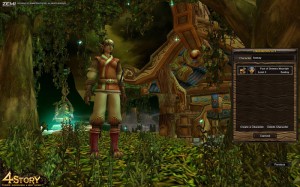 First off, the game textures and models are very similar to what World of Warcraft uses. I dunno if this was intentional on 4Story‘s developers but the way the building were done coupled with the foliage and terrain textures just take me back to a human or elvish controlled area in Wow. 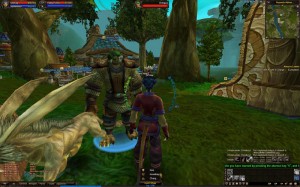 I tried creating a Demonkin Summoner which is basically a hunter except that he/she has magical ranged abilities rather the standard ranged physical damage based weapon. The weird thing about the pet system is you first need to “scout” a mob that has a level equal or less than you and then you will be able to summon that creature from thereon, regardless of whether your current pet is dead or alive.

More 4 Story Impressions/ Preview articles when i get to play the game again. Watch out for my Atlantica Online Hands-on soon!