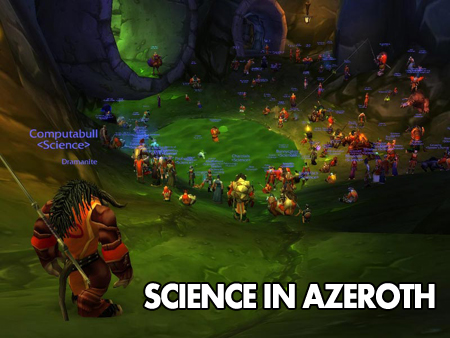 Read on how a group of sociologists and scientists raised ingame funds, coordinated a raid and actually hold an ingame scientific conference in World of Warcraft.

Thus began the first scientific conference held in Azeroth, the online universe inhabited by millions of people playing World of Warcraft. Anyone who has been part of a conference’s organizing committee knows that some glitches and mishaps are just unavoidable. And as usual, the problems that actually did occur were unforeseen. It was a success nonetheless. By the end of the third day, a real scientific exchange took place, I married one of the conference participants, and within an hour of the wedding, we were all dead.