I have been collecting Spawn comics since it first came out some 15 years ago. One theme that was central to the series was the idea of the man who made a deal with a demon in order to come back to his wife. Came back he did, but 5 years later. With his wife married to his best friend and with powers of demonic design, Spawn has come back to a nightmare in where he finds out the true relationship between heaven and hell with earth caught in the middle. Fast forward to Spawn Issue 164. Warning: Spoilers ahead. 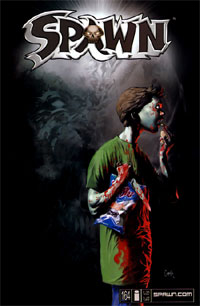 Spawn Issue 164 is where the idea that Spawn came back to be with his wife is shattered to bits. In the past Spawn issues, we have seen Spawn draw strength from the idea that he will be reunited with his wife. This is the source of his strength and the reason why he exists.

The big curveball is that revelation that Spawn a.k.a. Al Simmons killed his unborn son by punching his wife Wanda in the abdomen becuase he wasnt ready for the responsibility. Wanda was waiting for Al to come back from that fateful last mission (where he was betrayed and killed) to tell him that she’s leaving him. But he never came back. 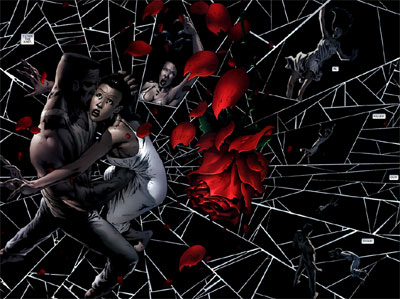 WTF. All these years, i personally held to that idea that spawn would find redemption. But that seems unlikely at this point. With God and Satan banished from the World by the Creator, where will we find Spawn next?

Oh, BTW. I miss Greg Capullo’s art. I’ve been a fan since his X-Force days.

1 thought on “Spawn 164 – The man who saved the world but could not save himself.”