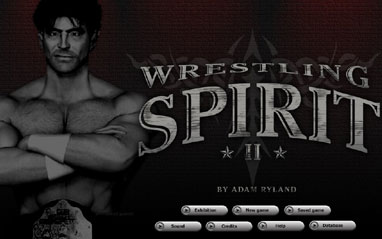 The Wrestling Spirit series is created by the same guy who brought us the Extreme Wrestling series, Adam Ryland. Like its predeccessor, Wrestling Spirit 2 is a text based sim that allows players to live the life of a professional wrestler, win and try to make him the best in the world.

No, you have a very low probability of finding a crack. and yes, they accept PH based credit cards.

Beginning June 22, 2006 Grey Dog Software will offer a free limited-time demo of “Wrestling Spirit 2”. Before purchasing WreSpi2, players will be allowed to download and try out the entire game.