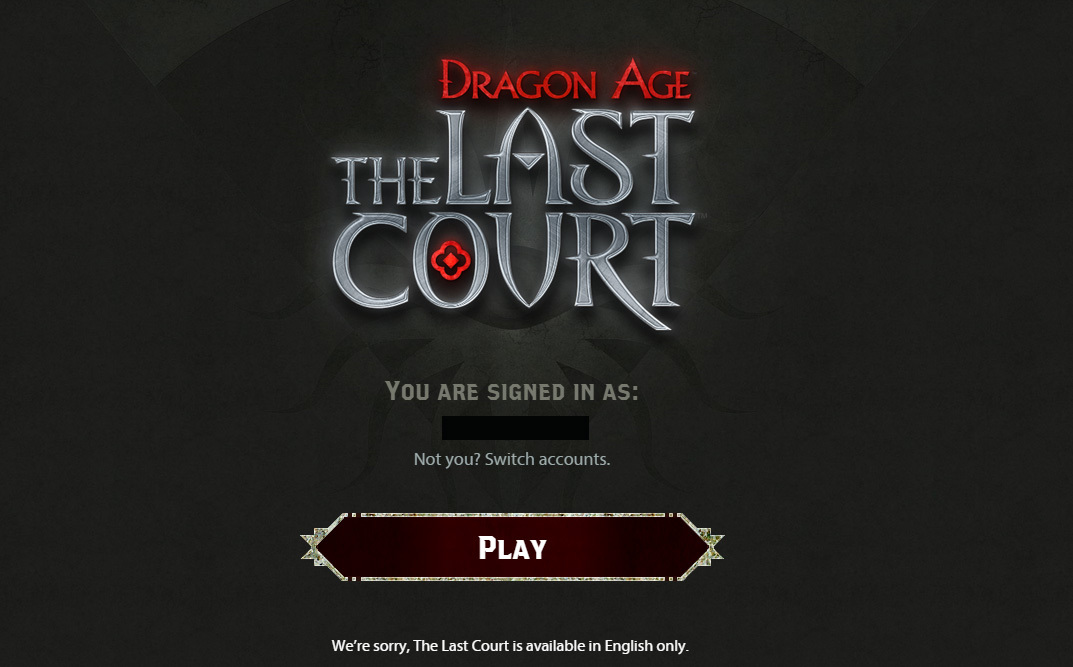 Dragon Age: The Last Court is a web based narrative-centric digital card game set in the Dragon Age universe. Think something like a choose your own adventure story where your character’s traits and abilities evolve over time. You can the game by logging into https://dragonagekeep.com/ and clicking on the option button on the upper right part and choosing The Last Court. Enjoy!

Developed by Fallen London developer Failbetter Games, players can access The Last Court via EA’s Dragon Age Keep customization service. The Keep is currently in open beta, allowin everyone with an Origin ID to access it.

The Last Court, revealed earlier this month by the studio, is designed to bridge the gap between Dragon Age 2 and Dragon Age: Inquisition. In it, players manage the affairs of court as the ruler of an eccentric fiefdom called Serault. Players can choose to play a counsellor, bodyguard, accomplice or lover, then attempt to juggle the problems of those who live within the kingdom.

Dragon Age Keep was announced last August. It allows players to change “as much or as little” as they want about how characters were modified, romance options, recruited companions and more. Cloud-based access also allows players to explore different scenarios from the previous game to examine the different consequences.