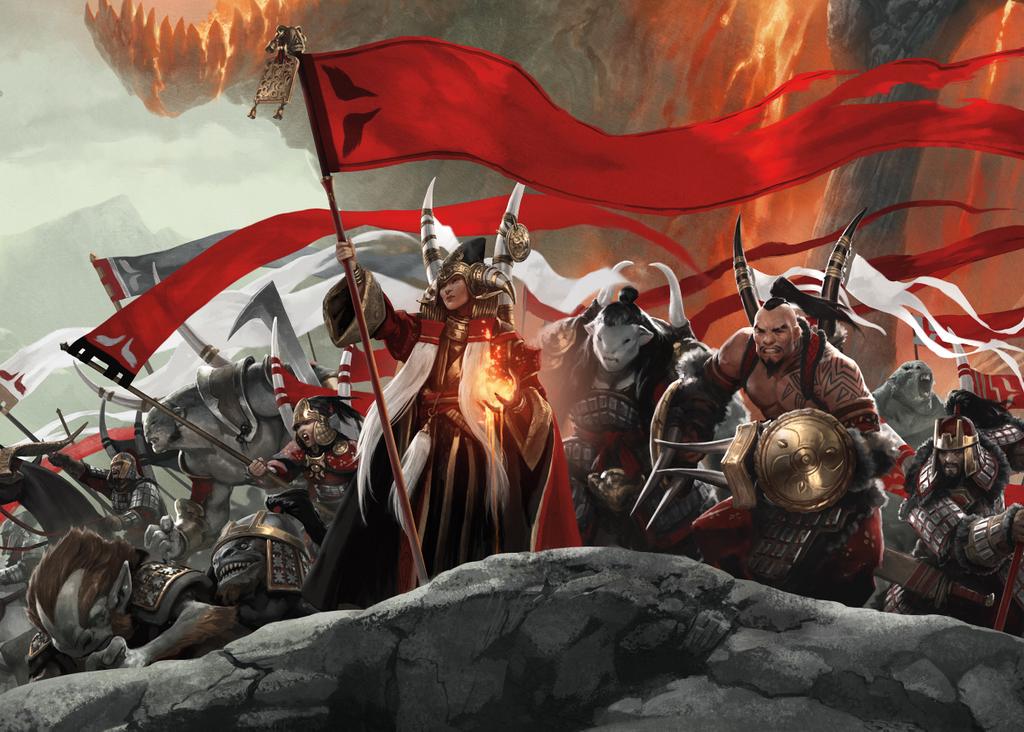 So i joined the Prerelease event of Magic The Gathering’s newest expansion, Khans of Tarkir at my local Neutral Grounds hobby shop at Cash and Carry (i figured Glorietta branch will be packed) and chose Temur as my starting clan. I was going to choose Mardu as i was looking for a few Bloodstained Champions and Butcher of the Horde as Prerelease promos but decided to switch to Temur after a few friends beat me to Mardu. 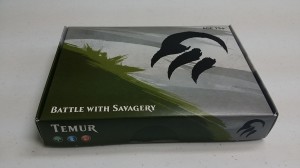 Here are my Khans of Tarkir Prerelease cards as Temur Clan:

As you can see, i first arranged my cards first into the different colors so i can evaluate which actual colors will i be playing. Just because you chose a certain clan at the start doesn’t mean you will end up playing as that clan depending on the cards you get. I then saw that there were very usable cards in Red, Green and Blue which combination coincides with the clan i chose which is Temur. I then chose all the cards that might be playable and sorted them according to their converted mana cost or CMC. This gives me an idea of my potential mana curve once i start filtering cards.

I started to build my deck with quite a number of 2-3 CMC cards such as:

Rattle Claw Mystic – Mana acceleration/fixing for Temur, love the morph ability as well making it easier to cast/morph my big creatures later on
Temur Charger – great as an early threat and also helps punch through the defense as a morph card later on
Highland Game – an early 2/1 that gives 2 life when it dies
Icefeather Aven – a tempo card if you play it as a morph but also good as an early aggressor due to its flying ability
Savage Punch – Green’s version of removal and is great as a buff for my big guys
Mystic of the Hidden Way – I love this card since it is common but ended up helping me punch through stalemates due to his cannot-be-blocked evasion ability
Alpine Grizzly – Early aggressor and enables Ferocious as well
Singing Bell Strike – For those pesky early drops or a midrange threat i cant handle yet, also helps punch through stalemates

I then proceeded to fill out my deck with other creatures. This is where morph helps me fill out my curve nicely as i managed to get a lot of beatdown creatures with morph enabling me to cast them (hopefully) after 3 or so turns, this helps me punish slower decks, mana flooded draws, or mana screwed draws and gives me a lot of options via morph later on in the game. Some of these cards included:

Thousand Winds – Once the guys knew i had one, it was guessing game which face down creature was TW.
Canyon Lurkers – iffy about the low toughness but the good thing about having 3 morphs down is that they don’t know who’s the big body, who has a special effect or who is just a plain vanilla creature.
Wooly Loxodon – Just a huge body hiding in plain sight due to morph
Ainok Tracker – Not as big as i’d like but first strike is nice as a surprise
Snowhorn Rider – Huge body with trample, mana fixing allows me to morph this reliably

I then rounded out my deck with a Temur Banner (mana fixing), a Wooded Foothill fetchland, Barrage of Boulders (won me a few matches due to the ferocious trigger), Bring Low (removal for pesky 3/3 Mantis’ and Abzan’s +1/+1 counter guys, and Bear’s Companion (allows me to cast 2 creatures for 1 and enables ferocious as well). Ended up playing with 18 lands as a precaution but revised to 17 after the first match.

So the plan was either to get out early with a lot of my 2 CMC and 3 CMC morphs, hoping that my opponents would be waiting for later turns due to the slower format, and get my big creatures out as fast as a could. I’m also hoping that my Morph effects would help me punch through their defense or force them to deal with my suddenly large army, helping me establish a good lead by being aggressive.

KTK Prerelease ROUND 1 1-0
Match 1: So my first match was with Mardu and i was worried that their speed might run over the match. Then Mana flood. Ouch. Opponent’s Monastery Swiftspear and War-Name Aspirant started early and pumped up Disowned Ancestor just closed the game out. 0-1

Match 2: Reduced land to 17, added Barrage of Boulders. Started well with Highland Games and Morphs, was about to win but opponent’s Zurgo Helmsmasher almost killed me but managed to pull though with my bigs. 1-1

Match 3: Same thing as Match 2, early creatures then closed it off with Thousand Winds and Woolly Loxodon. 2-1. Match Won!

KTK Prerelease ROUND 2 2-0
Match 1: I was next matched against a Jeskai opponent whose Mantis Rider and Jeskai Elder was controlling early, a timely Savage Punch managed to clear his blockers and allowed me to smash though with a Bear’s Companion, Mystic of the Hidden Way and Snowhorn Rider. 1-0

Match 2: A pesky Master of Pearls kept control in the early game due to some timely bounce spells by my opponent forcing my Highland Game to keeping coming back to my hand. But he wasn’t able to follow up much on that allowing me to drop Bear’s Companion, Wooly Loxodon, and morphing them with help from RCM and punch through with a morphed up Temur charger. 2-0. Match Won!

KTK Prerelease ROUND 3 3-0
Match 1: This was the matchup i was dreading as it was with Abzan. The kid was tearing through the matches with High Sentinels of Arashin, Salt Road Patrol and Alabaster Kirin so needed to mentally note to save my removal for those i can’t handle via combat. He started controlling the board with pumped up Abzan Falconer and Ainok Blood-kin, giving both flying first strike but decided to double block my Wooly Loxodon which i responded to by killing his Ainok Blood-kin via Bring Low. I then cast Singing Bell Strike on his lone defending Salt Road Patrol and that was all i needed to break through for the win. 1-0

Match 2: Was able to cast some early morphs but High Sentinels of Arashin came out and started getting +1/+1 counters, limited by lack of mountain mana i traded with his Abzan Battle Priest but wasn’t able to do anything about his High Sentinels. 1-1

Match 3: Started with an early Rattleclaw Mystic, Mytsic of the Hidden Way and just dropped morph after morph. Wooly Loxodon morphed up as well as Thousand Winds, a Barrage of Boulders merely sealed the deal. 2-1

So it was a fun afternoon for all as me and the guys won a few packs each and learned much more about how Khans of Tarkir plays. Looking forward to add new cards to our standard decks.