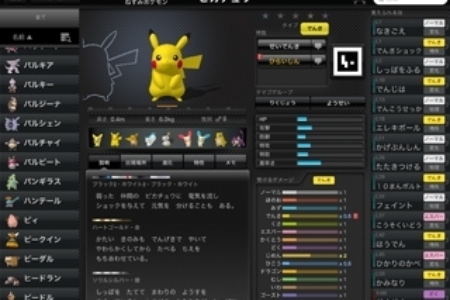 Nintendo subsidiary The Pokemon Company has just released a paid Pokemon iOS app called the Pokedex on the Apple appstore (japan only as of this writing). The Pokedex is an encyclopedia of 150 pokemon creatures that costs ¥170, with add-on packs of new creatures available at ¥500 each. Nintendo has been taking a policy of not supporting non first party hardware since well, forever that is why it is a surprise that one of their biggest franchises makes it’s presence felt on rival Apple’s iOS platform.