To Our Beloved Gaming Community & Friends,

Monday, Nov. 5, 2012, will be remembered as a day of infamy and shame for the gaming industry with XPlay initiating a disgraceful harassment action against DataBlitz for alleged selling of “unauthorized” stocks of NBA 2K13. 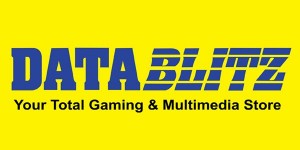 Yesterday, XPlay released an official statement listing down various details of meetings between XPlay and DataBlitz in the weeks leading to the launch of NBA 2K13. In spite of all that’s been said in their press release, they’ve conveniently omitted the most pertinent details:

1. All the meetings that took place between Xplay and DataBlitz were initiated at the request of XPlay. DataBlitz has never asked to meet with XPlay and were only asked to participate in meetings and/or to join XPlay’s so-called “marketing programs” (which are really nothing more than just glamorized parlor game events). DataBlitz participated in the meetings and “marketing programs” out of courtesy to XPlay and no such thing as “primary partnership”, whatsoever was ever discussed, offered, nor penned on paper, whatsoever.

2. Apart from just saying that they will be distributing NBA 2K13, XPlay has never indicated in any form of writing or communications whatsoever to DataBlitz that they are the exclusive distributor of the game.

3. Thirdly, and this is the most important and glaring omission in XPlay’s press release: in spite of the above, the fact is that DataBlitz still went ahead and purchased a considerable quantity of NBA 2K13 stocks from XPlay as a gesture of goodwill towards XPlay, even knowing that they are still very new to the industry of console games, without any proven track record whatsoever to speak of along this front.

However, it is the understanding of DataBlitz that XPlay is just another reseller of the game, and as we still live in a free country the last time we checked, DataBlitz reserves its right to buy stocks of the game from other sources, apart from XPlay, so long as these are legitimate, genuine, brand-new, original games, that are and always have been the hallmark of our product offerings to our customers.

DataBlitz has been in the gaming industry for over 17 years now, and our record speaks for itself, we have always maintained a pristine reputation as the one reliable source for original and genuine games at reasonable prices. From the very beginning when piracy dominated the market 17 years ago and up to this day that we have been able to steadily educate our consumers (without harassing anyone) about buying and patronizing original games and software, we have remained steadfast in our core belief of looking after the welfare of the gaming public first and foremost.

If there suddenly are now parties out there who see the vibrancy of the gaming industry as a way to profit immensely by using sham claims of being the only party that possesses “authorized” stocks (whatever that means) in order to shove overpriced games down the throats of the gaming public, this kind of modus is just against the core principles of DataBlitz and something we just cannot and will not go along with.

At the end of the day, we have the welfare of our customers at heart, not the twisted desires of these opportunists. Even if it means this will be a lonely battle, as Monday’s events have shown that we were very obviously the only one unjustly and unreasonably singled out, we shall always remain as the one beacon of light and hope for gamers everywhere and carry on the good fight to stop such forms of profiteering through harassment.