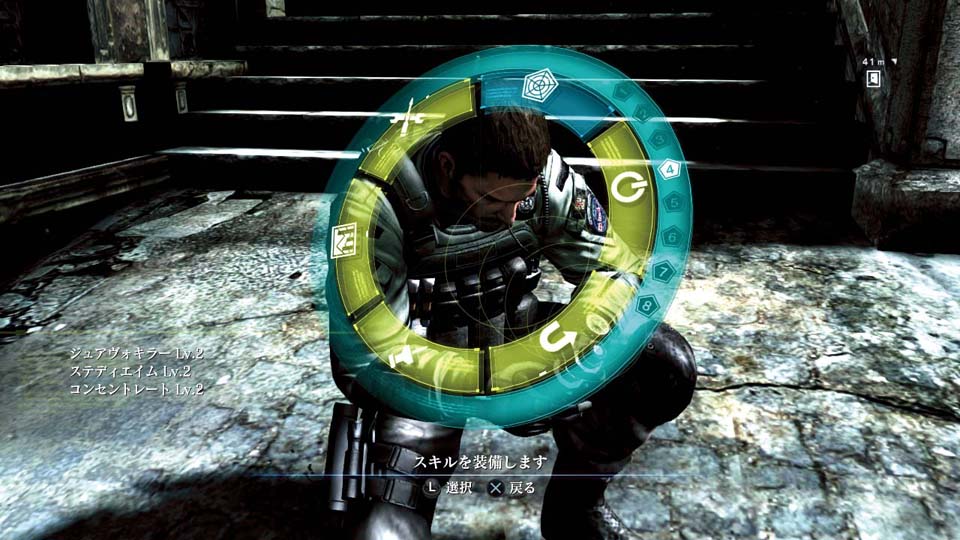 Check out new screenshots of Resident Evil 6 with an emphasis on Skills and SKills sets (sorry, text is in Japanese):

In RE6, you could purchase ammo, items, and weapon upgrades in between chapters as well as Skills. Skills vary from weapon attack bonuses to defense bonuses to increased ammo. Some Skills can also be leveled up for increased effectiveness and can be purchased with Skill Points that are obtained by killing enemies and finding items.