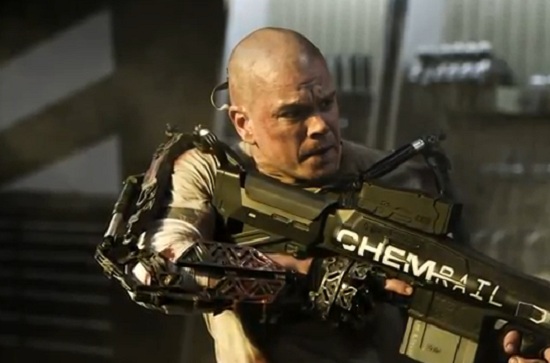 From the director of District 9 comes a new sci-fi action film called Elysium starring Matt Damon and Jodie Foster. Elysium is set on the future where most of Earth’s population has moved to this space station called Elysium, where there is no disease and basically where people live like kings.

According to director Neill Blomkamp: “The origin of it was really the idea of this space station that was separate from Earth, that the wealth of Earth had been taken and separated from Earth and that we’d left this impoverished planet behind us. You know, as a world, as an environment to begin a story inside of, that was the genesis.”

Elysium is scheduled to be released on March 1, 2013. Another awesome sci-fi film from Sony Pictures.