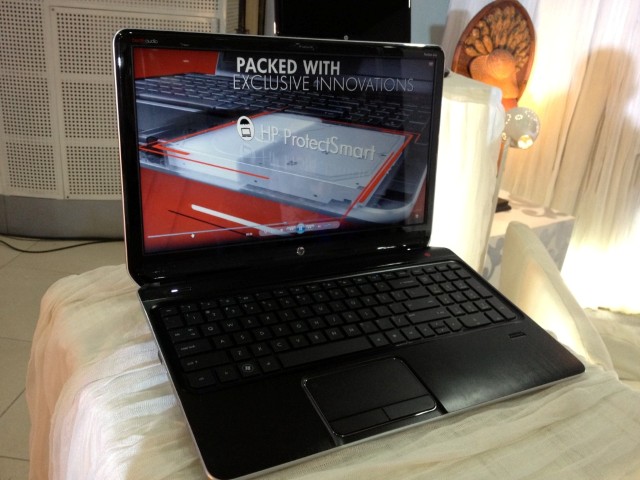 MANILA, Philippines—In the digital age, computers have gone beyond being workhorse tools to becoming innovations that enable and enrich lifestyles. Catering to two different needs of users is HP, the world’s largest technology company. With its newest duo of mobile and desktop computers, the HP Envy 14 Spectre and HPE h9 Phoenix, mobile professionals and hardcore gamers alike will get their dose of pure technological bliss.

HP Envy14Spectre: A class of its own
As a premium Ultrabook, The HP Envy14 Spectre is HP’s testament to elegance and performance blended into one. Designed to be an astonishing device for style-savvy power-users, the Spectre features a magnificent Gorilla® glass finish in various surfaces of the notebook, such as the display panel, the palmrest and outer cover. It also comes equipped with a 14-inchhigh-definition LED screen for viewing movies, presentations, and stunning visuals for personal or business needs. With its streamlined look and lightweight aluminum build, the Spectre exudes an air of style and readiness to perform anytime, anywhere.

The sexy tech sensation is enhanced further with its premium Beats® by Dr. Dre sound system for an immersive sonic experience. With its own jogger dial for seamless volume control and hi-fidelity built-in speakers, it’s a guaranteed audio phenomenon. Built for the entrepreneur on-the-move, the Spectre lasts up to 9 hours with its high-capacity 4-cell battery1.Bringing a suave touch to business computing, it also boasts of a chic backlit keyboard, a smooth, highly responsive track pad, and a host of powerful features like an Intel i7 processor, Intel HD graphics, a 256GB Solid-State Drive (SSD), and up to 4GB of DDR3 memory for optimum performance.

The gaming passion burns brighter with the HPE h9 Phoenix
Function and form blend into an extremely powerful combination with the HP HPEh9 Phoenix. Representing the pinnacle of powerhouse gaming, the HP h9 Phoenix is a true contender to earn the respect of champions. Built for the hardcore gamer, every piece of the h9 Phoenix is tailor-made to bring maximum performance and comfort.

At the very heart of the metal-and-fire inspired chassis is an Intel Z75 (Panther Point) chipset with a blazing third-generation Intel® Core™ i5-3570K “unlocked” Processor that can satisfy the needs of every gamer looking for uncompromised game action. Keeping the Phoenix at its optimum operating temperatures at all times is a state-of-the-art liquid cooling system to ensure maximum processing performance. Packed with impressive expansion capability via PCI Express Gen 3 which is twice as fast as Gen 2, and two USB 3.0 ports, the Phoenix guarantees ultra-fast data transfer. Stacked with a maximum capacity of up to 16GB DDR3-1600 memory, a 1TB SATA 3G hard drive, and the venerated Radeon™ HD 7770 graphics card with 2GB GDDR5 dedicated memory, the HPE-h9 Phoenix truly fires-up the gaming battlefield. Along with the HP 2311gt 3D HD LED monitor coupled with two passive 3D glasses and high-definition Beats® audio technology, it brings the gaming experience to a whole new level of reality. With all of its impressive features, the HPE h9 Phoenix will surely gear gamers up for victory.

With the HP Envy14 Spectre and HPE h9 Phoenix, HP fulfills the needs and wants of today’s most discerning users, whether for fashion or passion.

About HP
HP creates new possibilities for technology to have a meaningful impact on people, businesses, governments and society. The world’s largest technology company, HP brings together a portfolio that spans printing, personal computing, software, services and IT infrastructure to solve customer problems. More information about HP (NYSE: HPQ) is available at http://www.hp.com.

Battery life will vary depending on product, model configuration, loaded applications, features and power management settings. The maximum capacity of the battery will decrease with time and usage.

I personally played Diablo 3 at 1920×1080 resolution with all the bells and whistles turned on and the Phoenix didn’t even break a sweat. Same thing for the guy who was playing Call of Duty: Modern Warfare 3 right next to me. Very powerful gaming rig. Thanks to HP and Stratworks for inviting me to the launch event!