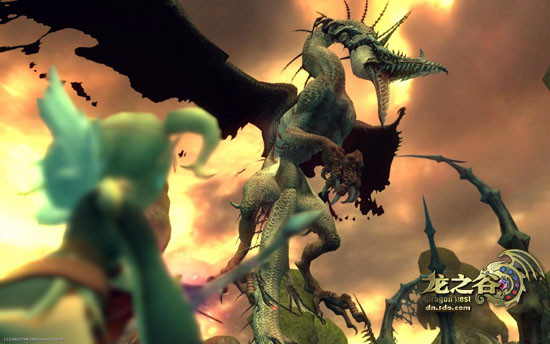 Dragon Nest Philippines and SEA Players should know that coming 4th June, expect to fight the toughest Boss in Dragon Nest SEA yet – the Sea Dragon!

SINGAPORE — June 1, 2012 — Slumbering sea monsters, unlike sleeping dogs, do not simply lie quietly, as one would quickly find out in the exciting upcoming installment of Dragon Nest, the World’s No. 1 MO action RPG published by gaming giant Shanda Games International and channeled by Cherry Credits.

Winging its way into the lands of Lagendia this June 04, 2012, Serpentra the Sea Dragon will be the toughest monster yet. Due to its immense strength and difficulty, players can only enter the dungeon via a raid party of at least 5 members where both their brains and brawns will be put to the test as they trawl through 7 different stages of boss monsters before meeting the wyvern face-to face. The line-up of action-packed battles promises an adrenaline-rushing challenge never experienced before, providing an unforgettable experience like no other!

Serpentra may be the first dragon which players have to fight in Dragon Nest SEA, but unlike most of its draconic counterparts, Serpentra was not ‘born’ a dragon. Initially a mere sea monster created by the Ancients as a weapon of war, Serpentra was sealed away in a forsaken island when the Ancients realized it would never become a dragon without a special jewel. When pirates unwittingly broke the seal 50 years ago, Serpentra reared its ugly head and terrorized the people of Lagendia with its wrath. It was only until Geraint and his team of legendary Heroes slayed the sea monster, that peace eventually settled upon the land.

Now 50 years have passed, and in the present time, that veil of peace is destroyed with the resurrection of Serpentra, long thought dead by many. The sea monster is now stronger than ever, and in a twist of unexpected fate, Serpentra manages to gain enough powers to transform into an evil Sea Dragon, exponentially increasing its powers and bloodlust!

“The Sea Dragon Nest is the first of many to come, as players slowly unravel the rich storyline of Dragon Nest,” said Mr Addison Kang, Vice-President and Producer of Shanda Games International. “Players have grown stronger, honing their skills against powerful monsters like the Manticore and Apocalypse. Now to defeat the Sea Dragon, players must learn the importance of team work and unity, skills that are not just useful in the game, but in real life as well!”

How to Enter the Sea Dragon’s Nest

1 thought on “Dragon Nest SEA: Rise of the Sea Dragon”