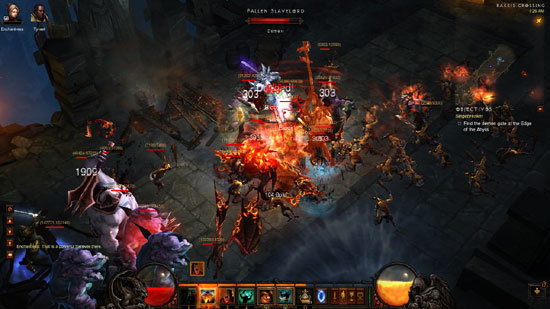 Blizzard Entertainment says the long-awaited RPG click-fest has set a record as the fastest-selling PC game of all time. Figuring out exactly how many copies the developer sold, though, gets a little complicated.

In the first 24 hours, the game sold 3.5 million copies, alone enough to push it past the previous record holder, Blizzard’s own World of Warcraft: Cataclysm. But then you have to add another 1.2 million copies on top of that for the people who got a free copy of the game after signing up for a one-year subscription to World of Warcraft. Oh, and let’s not forget Korea’s wildly popular game rooms, where the game has become the most-played title with a market share of 39 percent as of yesterday (gamers there pay for access, not physical copies).

To make the math a little easier to digest, Blizzard noted that by the end of its first week, more than 6.3 million people had bought the game.

Dizzying? A little. But impressive nonetheless.

It hasn’t been a particularly easy road for the game, however. Critics loved Diablo III, giving it a cumulative score of 89 on MetaCritic. That score that would be much higher if not for the handful of low scores that point to the well-publicized connectivity issues it has suffered.

Fans are even more upset about the connection problems. More than 4,000 users have given the game a cumulative ranking of 4.1 out of 10, again because of a slew of Day One reviews written by angry players who had problems just getting the game working.

Blizzard was excited about the record, but made sure to note the rocky launch issues in its comments.
“We’re definitely thrilled that so many people around the world were excited to pick up their copy of Diablo III and jump in the moment it went live,” said Mike Morhaime, CEO and cofounder of Blizzard Entertainment. “We also regret that our preparations were not enough to ensure everyone had a seamless experience when they did so. I want to reaffirm our commitment to make sure the millions of Diablo III players out there have a great experience with the game moving forward, and I also want to thank them for their ongoing support.”