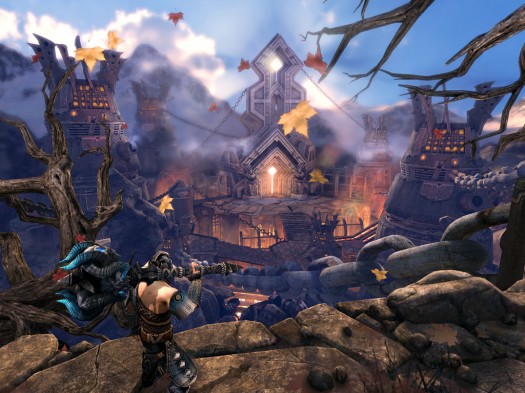 Infinity Blade: Dungeons was announced at an Apple Media event and is a prequel to the main Infinity Blade games for Apple’s iOS platform. Dungeons is set during a time when before the Infinity Blade was forged and is exclusive to Apple devices.

Set several thousand years prior to the events in the classic Infinity Blade series, gamers will assume the role of an apprentice weaponsmith who serves the Master of the Forge, sent forth on a perilous quest to forge the one thing the Deathless will come to fear most: the Infinity Blade.

With a dynamic camera system that takes you in and out of battle, weapon crafting and exploration, Infinity Blade: Dungeons is an innovative take on the dungeon-crawling experience while also expanding the Infinity Blade universe. And with the latest Unreal Engine technology, it showcases what is possible for Apple’s new iPad.

For more information and to check out the trailer, go to www.InfinityBladeDungeons.com.