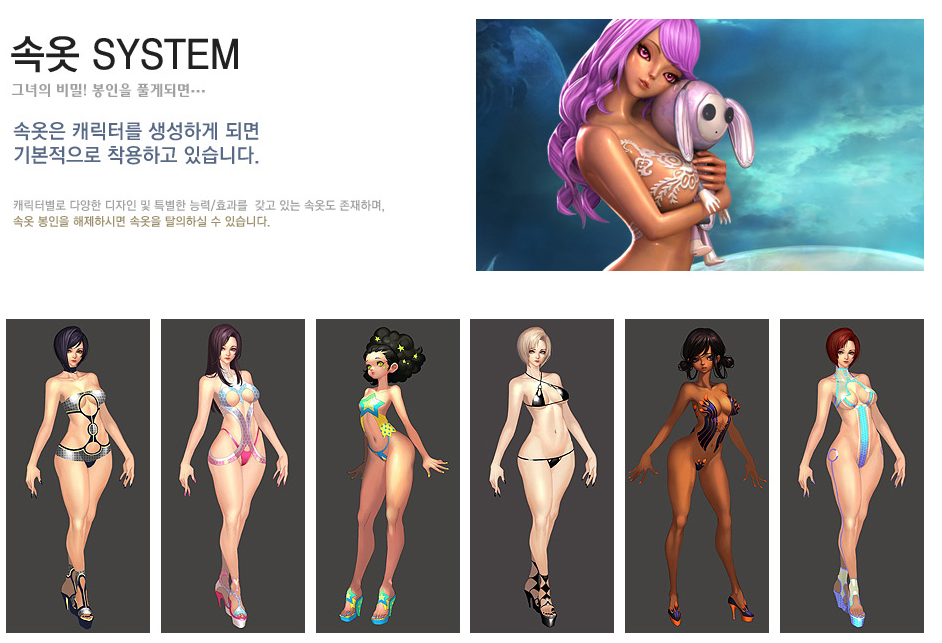 Did you know that the Queen’s Blade MMOPRG has an Underwear system? yep, i am being serious. Check it out: 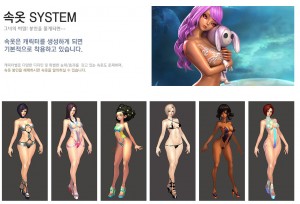 Now before you think this is some weird system, it is basically similiar to your traditional equipment system, but since Queen’s Blade is an Adults only MMORPG, the developers need to spice things up.

Upon creating your character, you’ll be able to see her in default underwear/equipment. Of cause, there are a varity of underwear/equipment you can pick up for her in the future. Some of them have unique designs and gives bonus stats. In additon, these undergarments have some kind of special seal. According to the Queen’s Blade MMORPG website, your character may end up naked if you break this seal. Yep, hence the R18+ rating.