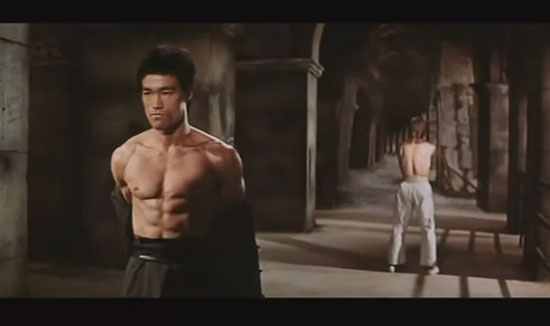 Watch Bruce Lee vs. Chuck Norris in this clip shot in Rome’s Colosseum from 1972’s Way of the Dragon, directed by Bruce Lee. Chuck Norris was the Karate World Champ at this time when he agreed to shoot a movie with Bruce Lee.

So, Who do you think would win in a real fight? the streetfighter Bruce Lee or the karate pro Chuck Norris?