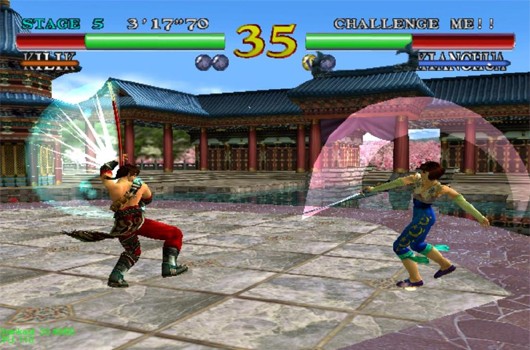 Namco Bandai VP of marketing Carlson Choi revealed that the original Soul Calibur will eventually slash and stab its way onto your iPhones/Ipod touch and iPads. While he wouldn’t divulge any specific time frame for the game’s availability, Choi said it would be available “soon”. Hopefully, even 3G/3GS devices can run it.

Soul Calibur launched back in the arcades in 1998, and was ported to the Dreamcast in 1999 and Xbox Live Arcade in 2008. Expect this iOS port on both the iPhone/iPod Touch and iPad.