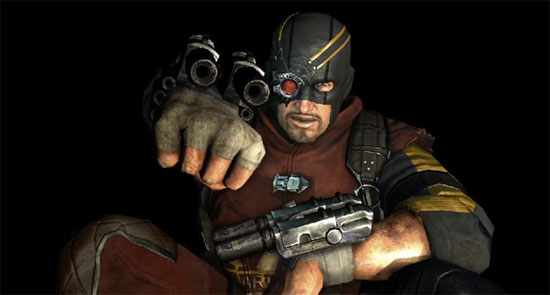 Batman: Arkham City will feature DC Comics assassin Deadshot , who is in Arkham City to “take out a series of high value targets”, which Batman must protect.

The video below shows an informant being sniped by Deadshot, just as he is about to divulge vital information.