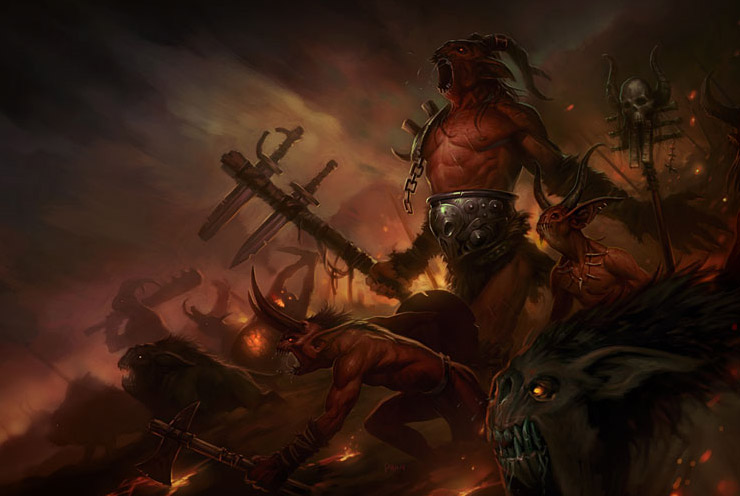 Oh boy, Hell just got harder, way harder to beat. Blizzard has unveiled the fourth and harder than Hell difficulty in DIablo 3 called Inferno Mode. The new mode will feature harsh, high-level difficulty gameplay and was featured at Gamescom 2011. 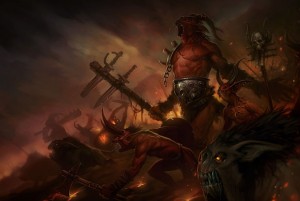 Blizzard Entertainment game director Jay Wilson says Diablo III’s Inferno difficulty is aimed at players who have maxed out their character by reaching the level 60 player cap. Only then can they tackle Inferno difficulty, a challenge that will throw enemies at the player that are of even higher levels. Wilson says the level for every monster in Inferno will be, at minimum, level 61 making Diablo III’s hardest difficulty setting an overwhelming, often uphill battle.

For reference: In Diablo II, players could level their characters up to 99, but the highest level monster was 85.

Monsters will see an increase in health, damage, damage resistances and aggression in Inferno. They’ll also have access to a larger suite of powers in Inferno, making minions and boss monsters even tougher. Expect a tougher game across the board, with broader than ever challenges even for the most skilled demon hunters.

“The idea was that we wanted a difficulty mode where the entire game was viable,” Wilson says. “So you don’t have to pick and choose key areas [to replay].” Diablo III’s Inferno difficulty, he says, will be “very difficult, very challenging,” presenting a “flattened” difficulty experience that Blizzard hopes will provide a more balanced, but more challenging end game for Diablo diehards.

That “flattened” difficulty will mean, Blizzard hopes, that players revisit the entire world of Diablo III seeking bigger and bolder challenges, not just go on “Mephisto runs” or fight a specific breed of minion in search of experience points and sweet loot drops.

“We do expect there to be a certain amount of… runs to get items, but we wanted players to do it over a lot more content,” Wilson said. “We’re trying to make sure that there’s a lot more opportunities for players to see a lot more variety.” Wilson added that if player behavior does eventually lead to tightly focused runs in Diablo III, the developer may make adjustments for that by encouraging (and rewarding) players for having more diverse replays.

Inferno difficulty naturally comes with rewards beyond sightseeing, Wilson says. Some armor, weapons and items will be exclusive to Inferno (while other highly coveted items will drop more frequently at that level). Some of the game’s Runestones, the socketable items that modify player skills and spells, are also found only in Inferno, offering all new abilities to those willing to run the risk of playing at the top tier difficulty—or willing to pay for the good stuff in Diablo III’s auction house.

Those coveted, highest-of-high-level items, weapons and armor sets will be visually distinct from the versions available to players of lower difficulty levels (Normal, Nightmare and Hell), Wilson says. While Diablo II recycled much of that game’s art assets for powerful, late game gear, Blizzard will give players brand-new art for Inferno-level loot in Diablo III. It should be patently obvious, visually, when someone is sporting elite items that were dropped during Inferno gameplay, Blizzard says.

Diablo III for PC and Mac still has no firm release date. Yes, we know. We would give anything to play it as well. =)