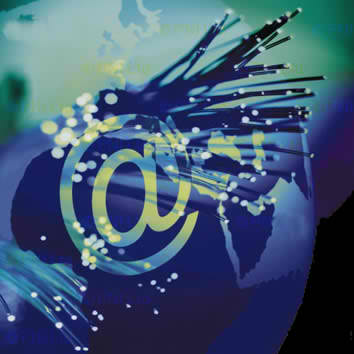 I used to work for a friend based in the states around the turn of the century. A lot of the work was web based, during this time the bulk of the job was graphic and web design and the internet cafe boom in the country hasn’t begun yet.

Work was sent out regularly so i remembered having to wake up early during the weekends so that i can get one of the few seats in one of the early internet cafes, which were so new that only have a few around then.

The PC’s in the shop werent top of the line and were running windows 98, the connection was also slow. Fortunately, we didn’t have youtube then or MMORPGs or other multimedia heavy sites (Filesharing via Napster was still king around this time) so the experience wasnt too bad.

Contrast that with today where you can literally not get out of bed and have a lot of work done. Connectivity has shifted from communal access points and into personal lifespaces. Not to mention that access speeds have increased somewhat and the number of things you can do online has grown exponentially since.

Receiving payments for work done online has only gotten better. With security issues still a rampant concern especially for net cafes and certain PC OSes, having access from your own personal device reduces the chance that some can access your paypal account information.

More work can be done than ever before. More content is also consumed that ever before. How far we have come in just a decade.