Valkyria Chronicles 2 for the PSP is the sequel to Sega’s awesome mix of Strategy RPG, Anime cutscenes and third person shooters. Oh, did i mention there are tanks involved? =) 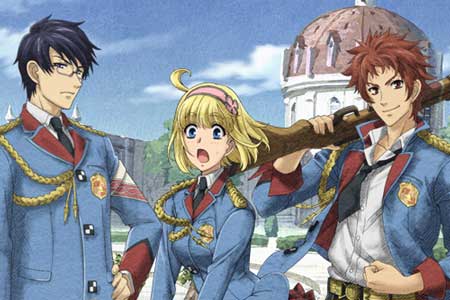 Valkyria Chronicles 2’s story takes place two years after the first game. The duchess of Gallia has revealed herself to be a Darcsen and this has split the country. With the Gallian army stretched, the cadets at Lanseal Military Academy are charged with picking up the slack in between classes and training. This is where you come in as a cadet trying to prove himself to his peers while looking for clues to what happened to his brother.

Check out some Valkyria Chronicles 2 reviews from around the web:

IGN says: “Valkyria Chronicles II is awesome. It’s fun, it’s pretty, it’s rewarding, and it’s beyond deep. The story is a bit “by the numbers” and I could go for a few refinements on the battlefield, but I can’t complain. Valkyria Chronicles II has so much going for it that I’m going to be playing for months to come.” 9/10

Destructoid says: “A new story, battle improvements, new troops, and a ton of missions are exactly what Valkyria Chronicles fans were asking for.” 95/100

Joystiq writes: “What I can say is that the original Valkyria Chronicles was one of the freshest Japanese strategy role-playing games ever, and this handheld sequel delivers all it can, while fixing several issues from the original game along the way. Valkyria Chronicles 2 is smart, fun and — although I do hope the series does make its way back to consoles someday — gives fans more of what they want.” 80/100