Attention: StarCraft II: Wings of Liberty will be hitting store shelves worldwide on July 27, 2010. Thank you, Blizzard. Time to line up for preorder if you havent yet. 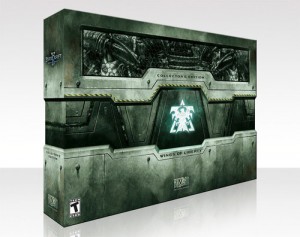 StarCraft II is possibly the most eagerly anticipated real-time strategy game in the history of the genre, and now that anticipation has a white-hot target – July 27, 2010. That’s when the game will start hitting retail stores around the world, including the United States, Canada, Europe, South Korea, Australia, New Zealand, Russia, Mexico, Singapore, Indonesia, Malaysia, Thailand, the Philippines, and the regions of Taiwan, Hong Kong, and Macau.

Talk about a wide release. Even the Philippines is mentioned with other Asian markets. Mark that date, Starcraft fans. Adikan nanaman.

“We’ve been looking forward to revisiting the StarCraft universe for many years, and we’re excited that the time for that is almost here,” said Mike Morhaime, CEO and cofounder of Blizzard Entertainment. “Thanks to our beta testers, we’re making great progress on the final stages of development, and we’ll be ready to welcome players all over the world to StarCraft II and the new Battle.net in just a few months.”