A lot of great franchises have made the transition to a more mature setting and look. Games such as the Legend of Zelda, Metroid, Metal Gear etc have seen shift in mood but one series that has successfully resisted this change is the Mario series from Nintendo.

What if Nintendo decides to move the series into a more serious direction? I hope it looks like something like the badass Mario and Luigi image below found on Deviantart: 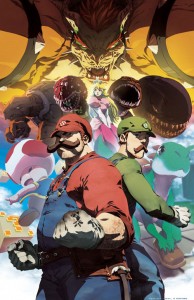 Mario and Luigi looking Badass. Bowser doesnt look so shabby either. Bring it on Nintendo!